In fall 2012, she launched a planning effort to provide a road-map for the University’s future, while gathering input from 10,000 alumni, parents, students, faculty, staff, and others. This effort produced a new strategic plan for the University, known as the Cornerstone Plan. Early successes include: an endowed Data Science Institute, a major in Global Studies, and a minor in Entrepreneurship.

Under President Sullivan’s leadership, the University developed a new financial model to ensure stability and transparency, launched a substantial program in Organizational Excellence, and created a program to expand the full-time faculty in multidisciplinary clusters.

President Sullivan understands the challenges in higher education related to cost-containment, affordability, student-debt reduction, faculty compensation, and the emergence of online education. She initiated ongoing efforts to reduce costs, improve processes, and enhance efficiency, while protecting the quality of the academic enterprise. In 2013, she proposed an aggressive plan to improve faculty compensation after many years of stagnation in faculty salaries.

President Sullivan is a respected scholar in labor force demography. The author or coauthor of six books and many scholarly articles, her most recent research has focused on measuring productivity in higher education.

President Sullivan is a Fellow of the American Academy of Arts & Sciences and of the American Association for the Advancement of Science. She serves as Chair of the Council of Presidents for the Association of Governing Boards of Universities and Colleges; Chair of the Council of Presidents of the Association of Public and Land-grant Universities; Co-Chair of the National Research Council's Committee on Improving Higher Education's Responsiveness to Regional STEM Workforce Needs; and as a member of the Advisory Board for the Northern Virginia Technology Council, the trade association of the technology industry in Northern Virginia. She is a member of the executive committee of the Virginia Business Higher Education Council. In 2013, the Governor appointed her to the Innovation and Entrepreneurship Investment Authority.

She is a graduate of Michigan State University’s James Madison College and earned her doctoral degree in sociology from the University of Chicago.

About Ryan Oakes
Ryan Oakes is a managing director for Accenture's Health and Human Services practice in North America. He leads Accenture’s US and Canada Education Industry, and is responsible for all Education projects, from primary to postsecondary, as well as a variety of oversight agencies.

Oakes has worked with Accenture for 13 years, supporting educational institutions such as Yale University, organizations like the New York City Department of Education and governments such as the State of Connecticut. As well as providing his expertise to the Education sector, he has supported administrative excellence in Health and Integrated Social Services work, and takes pride in the impact his work has on the most vulnerable citizens in communities and countries.

In his present role, Oakes leads a broad variety of administrative and IT service transformation projects in public, private and system universities, providing expertise in project management and program execution. He brings a particular expertise in shared services strategies and implementation.

Oakes is an alumnus of Connecticut College, and is associated with Yale University. He lives in New Haven, Connecticut, and when he is not escaping technology in the garden, he and his family support the United Way in its work providing early education and children's health initiatives.

About the Business-Higher Education Forum
The Business-Higher Education Forum (BHEF) is the nation’s oldest membership organization of Fortune 500 CEOs, college and university presidents, and other leaders dedicated to the creation of a highly skilled future workforce. BHEF members collaborate and form strategic partnerships to build new undergraduate pathways; improve alignment between higher education and the workforce; and produce a diverse, highly skilled talent pool to meet demand in emerging fields. 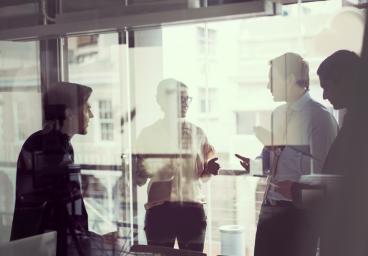 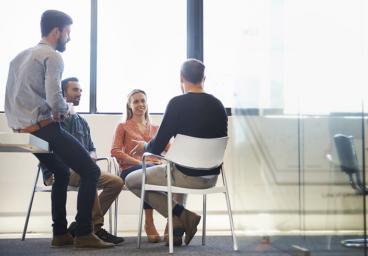